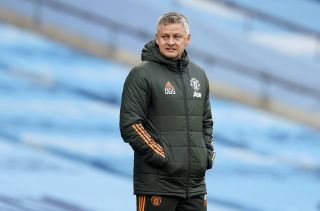 Ole Gunnar Solskjaer has been named on a four-man shortlist for the Premier League March manager of the month award.

The Reds had a sour end to the month with the FA Cup quarter-final defeat to Leicester, but that is not considered in this league award.

Solskjaer is a strong contender after ending City’s winning run under Pep Guardiola at the Etihad but the Norwegian faces strong competition.

Chelsea are still unbeaten under Tuchel, with the German boss transforming his talented side and moving the into a top four position.

Supporters can vote on the official Premier League website until March 29 and those votes will be combined with a panel of experts to decide the outcome.

Who is your @BarclaysFooty Manager of the Month for March?