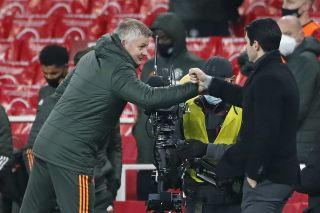 The Premier League has confirmed it will revert back to its usually start date for the start of the 2021/22 season.

After the three-month pause due to the coronavirus pandemic, the current campaign was delayed to a September start.

United had a disastrous start to this campaign, losing 3-1 at home to Crystal Palace on September 19.

They have since recovered to second place in the league table, 14 points behind runaway leaders Manchester City but firmly on course for a Champions League place.

A positive start next season is imperative if Ole Gunnar Solskjaer’s men are to mount their first serious title challenge.

Much will depend on the efficiency of United’s business in the transfer market and that is likely to be affected by the European Championships taking place this summer.

The final of the Euros at Wembley takes place on July 11, which is just five weeks before the first day of the Premier League season.

Plenty of players at United will have ambitions to reach the latter stages of the suspended tournament and that could impact on pre-season plans this summer.