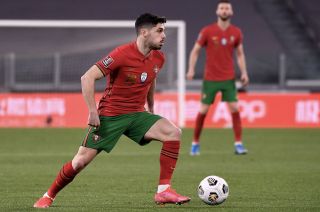 Reports recently emerged suggesting United’s hierarchy were keen to bring in the Portuguese winger, who is rumoured to be valued at around £50m.

It was reported that in light of the club’s failed attempts to sign Borussia Dortmund’s Jadon Sancho last summer, United officials have identified Neto as the ideal alternative.

Since joining Wolves nearly two-years ago, Neto has grown to become a regular in Nuno-Espirito Santo’s side.

Despite Wolves’ poor domestic campaign which has seen them struggle to recapture the same form from the last two seasons, Neto has remained a consistently high performer.

However, with good form, always comes speculation and Wolves fans are now seeing this with Neto.

Following what has been an excellent breakthrough in England’s top-flight, the young attacker has now been heavily linked with a move to Ole Gunnar Solskjaer’s Red Devils.

The latest in the ongoing saga comes from Football Insider who claim the club will look to Fernandes to help encourage Neto to make the switch.

Fernandes, of course, shares Portuguese nationality with Neto, with the pair familiar with one another from their times representing their country – Something the club feel would be invaluable, should formal negotiations begin.