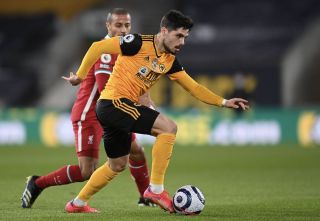 That’s according to The Sun, who claim the Portuguese attacker has continued to impress members of the Red Devils’ hierarchy.

Since arriving in the Midlands, the exciting young winger has featured in 77 matches and has been directly involved in 19 goals, in all competitions.

Despite his side’s poor showing this campaign, it is widely accepted that Neto remains one of the club’s standout performers.

It has been the Portuguese ace’s inspired displays that have seen him linked with a big summer move to Ole Gunnar Solskjaer’s Red Devils.

According to the report, United are planning what has been described as a ‘£50m plus’ offer, which, when you consider their current plight, maybe enough to tempt Wolves into offloading.

Would you take Neto at Old Trafford? – Let us know in the comments.