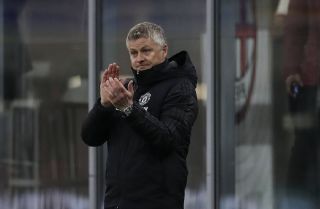 Former Manchester United player Luke Chadwick has echoed a lot of fans’ thoughts – While speaking about his old side’s recent form, Chadwick feels manager Ole Gunnar Solskjaer must, at the very least, reach the Europa League final and finish second in the Premier League, in order for the Red Devils’ season to be considered a success.

The abysmal result, which was matched by the side’s on-field performance, saw the Red Devils crash out of yet another cup competition.

Following defeats against Sevilla and Chelsea, respectively, last season saw Solskjaer and his side dumped out at the semi-final stage in both the Europa League and FA Cup.

Trophyless since Jose Mourinho lifted the Europa League in 2017, although as patient as they may be – United fans are really starting to demand an end to the agonising wait for silverware.

While speaking recently in an exclusive interview with CaughtOffside, the former United midfielder said: “I think it’s more than realistic, really. It’s a favourable draw against Granada and if you don’t win that alarm bells will be ringing and Ole will be under a huge amount of pressure.

“Everyone would expect Manchester United to get through that round, and then obviously Roma or Ajax in the semi-finals. Both tough games but again you’d probably have United as favourites against either of those teams.”

Going onto give his thoughts on what achievements this season would be enough for Solskjaer to be considered a success, Chadwick said: “I think it’s so important for United to get to the final of the Europa League and break that semi-final hoodoo and being in a big European final.

“Obviously, on the night it’s a 90-minute game that could go either way but I think it’s important for Ole and important for the club that they come through these next two rounds in the Europa League and show what they can do on the big stage.

“If they make the final and keep hold of second place in the Premier League then it does look like an improvement from last season in terms of their performance in Europe and in the league as well.”