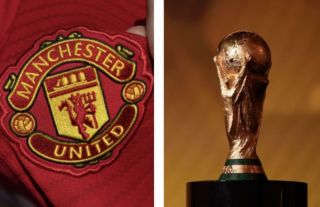 Clubs all around the world have bid farewell to their best players as March’s international break sees a host of global qualifying fixtures go ahead.

Ahead of this month’s international fixtures, Manchester United have seen 14 first-team players called up to represent their countries.

Which players have been called up?

What are each country’s fixtures?

Ukraine (H), Kazakhstan (A), Bosnia and Herzegovina (A)

Who has missed out?

Edinson Cavani (Uruguay) and left-back Alex Telles (Brazil), both of whom are regular internationals, have not been included in March’s fixtures due to South America’s World Cup qualifying fixtures being postponed.