Luis Suarez sent a message of support to Manchester United youngster Facundo Pellistri, after they crossed paths in La Liga.

Suarez’s Atletico Madrid beat Alaves – the side who Pellistri is on loan at – and the winger made a good impression against difficult opposition.

Suarez took to Instagram to praise the 19-year-old, who has been at Alaves since January. 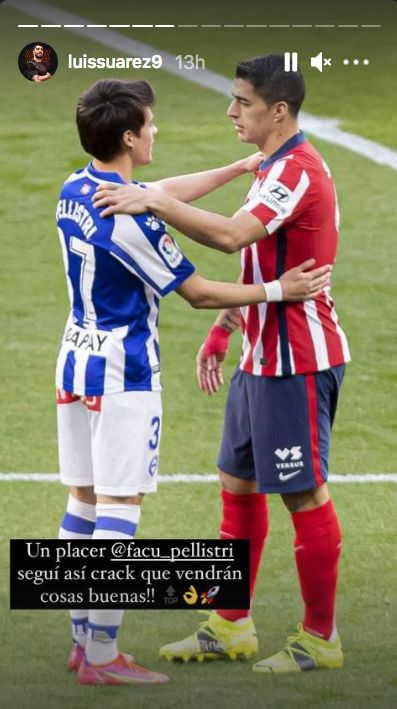 Pellistri is yet to make a senior appearance for United but fans will hope to see him in action next season.

While the Uruguayan impressed on Sunday, his parent club United crashed out of the FA Cup losing 3-1 against Leicester City. A direct result and a complete hindrance to our search for a trophy to end the current draught.

At least Pellistri is getting game time because that’s the only way he will learn and improve.

There’s nothing worse than hearing a United player sent on loan isn’t getting games.