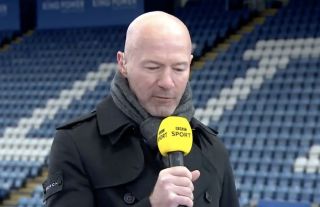 Both sides come into Sunday afternoon’s match in great form with both sides inside the Premier League’s top three.

Sunday’s quarter-final is the last tie to decide the illustrious competition’s final four.

Ole Gunnar Solskjaer will be desperate to book his side a place in the semi-finals alongside Manchester City, Chelsea and Southampton.

Giving his pre-match thoughts, Shearer said: “Both teams in form. I think it should be a cracking game today.

“Man United have made a couple of changes but I expect some goals and a really entertaining game.”

But who do you fancy to reach the #FACup semi-finals?