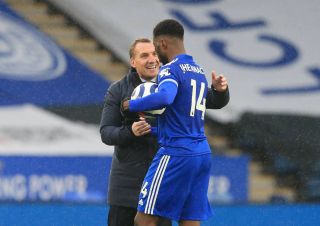 Manchester United will be looking to book their place in the semi-final of the FA Cup when they take on Leicester City at the King Power Stadium on Sunday evening.

The Reds go into the game on the back of a terrific 1-0 victory over AC Milan in the Europa League on Thursday night, whilst the Foxes ran out 5-0 winners over Sheffield United last weekend.

Goalkeeper David de Gea is widely expected to return in between the sticks to face Leicester. Paul Pogba is also expected to be included in the starting eleven after scoring the winner against AC Milan during the week.

Having booked a place in the next round of the Europa League and with a top four spot looking all but secure Manchester United’s season is back on the right track. Whist dreams of a 21st league title may have faded, United were able to end the season with some silverware and book a spot in the Champions League then it would still make this season a successful one for Solskjaer.

The FA Cup may not have been top of everyone’s priority list this season but it arguably presents United with their best chance of winning a trophy this season and, in facing Leicester City on Sunday, it presents the reds a great opportunity to progress to the semi finals.

Leicester have a successful season thus far and currently sit only one point behind the reds in the Premier League table but despite the foxes impressive form this season this is still a game I expect United to win. For how well Leicester may be going forward they aren’t so strong at the back and if Rashford, Fernandes and co all bring their A game on Sunday then they should cause the foxes back four havoc.

The Reds away form has been particularly impressive this season and if United can put in a repeat performance of their display against AC Milan on Thursday night then you would back United to go through against Leicester.