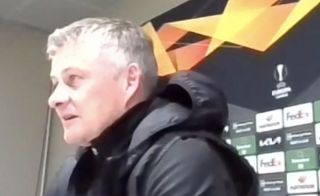 Manchester United have only conceded one goal in their last seven matches, in all competitions.

After coming under criticism recently following a dip in goals, Solskjaer has reminded reporters that keeping the ball out of your own net is just as important.

Following what has been a much improved period for his side’s back-line, Solskjaer said: “That is down to a lot of good work on the training ground.

“Of course, we’ve been drilling the back-four and the midfielders as well.

“But it’s a team effort and the coaches have really, really worked on details that we are improving on every game, every week.

“And that’s the way to build a foundation to win games of football.”