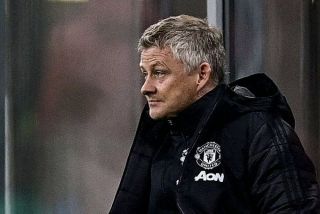 Following a cagey 1-1 draw in the first-leg last week, Solskjaer’s pre-match team-talk would have been simple – Attack and win.

Having travelled to Italy, the Red Devils knew anything less than a win would, at the very best, force extra-time – There was to be very little room for error.

Thankfully, after introducing midfielder Paul Pogba at half-time, following a spell on the sidelines through injury, the Frenchman was able to gift his side a crucial lead.

Speaking after the important match, which now sees the Red Devils become the last side to reach the competition’s quarter-finals, Solskjaer (as quoted by BBC) said: “Very happy of course. We’ve come through a very difficult tie against a fantastic club and we’ve overcome some difficulties.

“You give yourself a chance to win a game of football when you keep a clean sheet. Dean Henderson made a fantastic save towards the end and I’m very pleased with everyone’s defending. We know the back six, with the likes of Scott McTominay and Fred, always give everything.

“There are many good teams left but you’ve got to be spot on. It’s a cup competition and anything can happen. But we are through and we feel confident.”

Going onto address Pogba’s awe-inspiring second-half impact, the Norweigan said: “We’ve missed Paul. He’s been out for almost two months and any team would miss a player like Paul Pogba.

“He is very important for us and he’s going to give us a big boost. He makes a very, very big difference to us.”

Despite the excellent win, all focus will now be on the next cup competition as the Red Devils prepare to travel to Leicester City for a tense FA Cup quarter-final.

Addressing his side’s up and coming fixture, Solskjaer said: “We are looking forward to Sunday, it’s another quarter-final, so will just dust ourselves down and go again.”