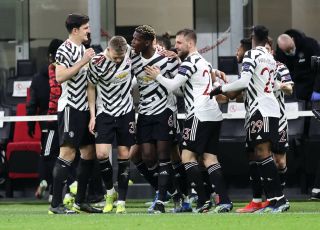 You should all be delighted to hear the draw (tomorrow with coverage beginning on BT Sport at 11am) won’t include Steven Gerrard’s Rangers side. About time reality hit!

Jokes aside, I think we’ve just beaten a better side than all of those that remain in the Europa League.

Honestly, I think the competition is winnable from this point on and Ole Gunnar Solskjaer needs a trophy.

If United can finish second in the Premier League and win a trophy, we could definitely talk about having a great season.

Let us know in the comments section who you would like in tomorrow’s draw?