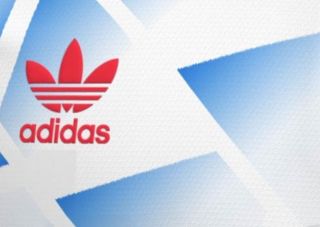 This season’s third kit was mocked because it looks like a warped zebra.

And it looks like they are going down another route next season, but keeping their designs creative.

Sir Alex Ferguson’s team wore a similar kit in the 1991/92, before the Premier League was introduced, as we won the League Cup.

The new #mufc 21-22 away kit will feature the Adidas Trefoil Logo becoming the first major football shirt to do so since the early 1990s.
[@Footy_Headlines] pic.twitter.com/BXAaFRFZMf

Rumoured United away kit for next season. With the old school trefoil Adidas badge 😍

We had some sensational kits from Adidas. What’s your favourite? pic.twitter.com/KOdge1cILe

It’s an interesting design and at least it can’t be considered offensive to zebras.

Chevrolet’s deal was set to expire this summer, but the club extended the deal by six months to the end of 2021.

It remains to be seen what that means for the second half of the season.