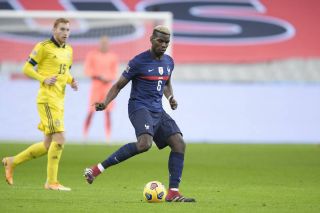 Manchester United duo Anthony Martial and Paul Pogba were both called up to the France squad on Thursday as the World Cup holders begin their campaign to qualify for next year’s tournament in Qatar.

France have a triple-header coming up and it starts at home to Ukraine next Wednesday, March 24, at the Stade de France.

They will then travel to play Kazakhstan away on Sunday, March 28, followed by a trip to Bosnia and Herzegovina three days later.

I’m a bit puzzled as to why both Pogba and Martial were called up when they’ve been out with injuries for the past month? We might see the midfielder return tonight against AC Milan but the latter has stayed in Manchester.

The 26 Bleus called up for the World Cup 2022 qualifiers! 🇫🇷 #FiersdetreBleus pic.twitter.com/YJTPnnR5R5