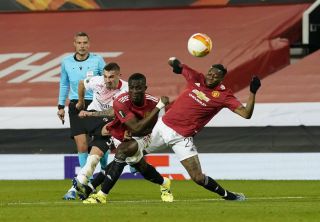 Former Manchester United striker has backed the Reds to reach the next round in the Europa League.

That requires a win tonight against AC Milan at the San Siro.

Tonight is about getting the job done and Berbatov is feeling positive ahead of kick-off.

“I am feeling positive ahead of the match in the San Siro and, with all respect to AC Milan, I am still confident that United will go through, but only if they concentrate for whole match,” Berbatov told Betfair.

“We saw against West Ham on Sunday that United can be focused for 90 minutes and hold on to a 1-0 lead. Back in my day, a lot of our success at United was down to grinding out 1-0 wins. Beating someone 1-0 is a champions score.

“United can do it and, even though the style of football they come up against in Europe is different to the Premier League, they are still capable of holding a 1-0 lead.”