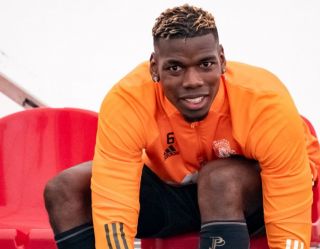 Manchester United have received a triple boost with three stars returning to training ahead of Thursday night’s second leg against AC Milan.

The Red Devils seek a positive result in their second-leg at the San Siro after the home game finished 1-1. Dean Henderson’s costly error in stoppage time saw Milan score a late equaliser to spoil the night.

Paul Pogba, Edinson Cavani and Donny van de Beek were all involved in the training session, so slowly but surely the injured bunch are returning at an important time for the team.

It remains to be seen who will be fit enough for the first game — versus AC Milan – but hopefully the manager can field a side capable of getting the win we need.