Wales have named their 31-man squad for this months’ World Cup qualifiers and there are two Manchester United players involved.

Daniel James thoroughly deserves to be part of the squad for his recent form for Manchester United. More surprisingly, Dylan Levitt was fortunate to get a call up.

The midfielder featured for Wales in a friendly against USA last year and he has five senior caps to his name. All of this sounds fantastic but we shouldn’t ignore the fact it has not been the season Levitt wanted.

Levitt’s time at Charlton was cut short after failing to break into their XI as well as getting COVID-19. After making just three League One appearances he made a last ditch move on loan to Croatian side NK Istra to keep his Euro 2021 dreams alive.

Speaking to Press Association (H/t Irish Independent) last month, Levitt said: “It was important that I got out and secured first-team football for the second half of the season.

“That’ll put me hopefully in good stead for the Euros coming up in the summer because at the start of the season I set my goal and I wanted to get to the Euros.

“It would mean so much for all of us – my family, obviously myself, my friends, people back home – for me to go.”

His time in Croatia hasn’t been very productive – only managing to make his debut at the weekend after being an unused substitute in four consecutive games. The midfielder will need to do more if he is to make the 23-man squad for the European Championships.

The squad announcement comes after the Football Association of Wales confirmed Page would take charge of Wales for the upcoming international break as Ryan Giggs remains under investigation due to an allegation of assault.

Page revealed Giggs once again played a key role in the squad decisions.

“Yeah, of course, like he does in every other camp,” responded Page when asked if Giggs played a part in the selection of the squad, as per The Mirror.

“All of the staff will have an input, we’ll all gather and have conversations about the squad, the opposition and the analysis. Things have been no different with regards to that.

“Yes, I’m here as the front man at the minute, but it’ll be no different to what it was in November. He’ll have an input and rightly so.

“I’m very proud again to be leading the boys out, but it’s business as usual.

“We’ve got three really important games coming up for different reasons, with two World Cup qualifiers and a great friendly for others to put their stamp on potentially being in the squad for the Euros in the summer.”

The full Wales squad can be viewed via Sky Sports. 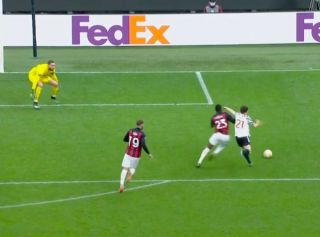