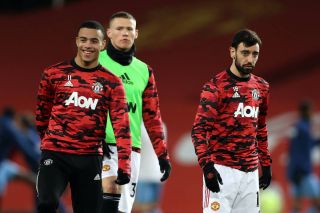 Although Liverpool forward Mohamed Salah currently leads the Premier League golden boot race, Bruno Fernandes could become the first-ever midfielder to win the award in the Premier League era if he is able to overtake him (H/t The Mirror).

Salah has 17 goals to his name so far this season, with Fernandes and Tottenham’s Harry Kane following closely in the charts – both on one less goal than Liverpool’s talisman.

Hopefully Fernandes can win the race for the golden boot race and make some history, along with at least one trophy in the bag at the end of the season.

It probably helps that Liverpool are having such a dire season because their other attacking players are not in the same form they were a year or two ago. Jurgen Klopp’s side are less potent in attack which is worth noting because everyone seems to be concerned about their absentees in defence.

The ultimate objective for United

United face a big week with AC Milan away in the Europa League and Leicester City in the FA Cup. The aim this season is to experience success under Ole Gunnar Solskjaer for the first time, so there’s no room for error before the upcoming international break.

It wouldn’t be a trophy for the team – nothing more than a mere individual award – but Fernandes’ impact at United has been felt. If he’s to become an Eric Cantona-esque catalyst we are going to need to see trophies.

The Portugal international been an amazing addition who I can see delivering titles. Additions are required in order for that to happen though.

Check out our latest podcast – Strettycast – also available on Spotify and Apple podcasts: