Amad marked his first senior goal for Manchester United with a unique celebration.

Some of you probably wondered last Thursday why the Ivorian celebrated in such a way after scoring against AC Milan at Old Trafford – blocking one eye with his other hand touching the back of his head (photos here).

According to the official Manchester United website, there is a touching story behind the celebration because it was Amad’s very own tribute to former Atalanta team-mate Willy Braciano Ta Bi.

The former Ivory Coast youth international passed away last month, at the age of 21, after suffering with liver cancer. After playing together in the Academy side at Atalanta the pair became close friends.

When he passed away, Amad took to Twitter to say: ‘Rest in peace, Willy Braciano Ta Bi. Forever in our hearts.’

Ta Bi joined Atalanta from Asec Mimosa in his homeland in 2019 before winning the youth Primavera title. He captained his country at youth lebel and represented them at the Francophone Games in 2017.

A minute silence was observed when Atalanta took on Real Madrid, in the first-leg of their Champions League round of 16 tie, in honour of the midfielder. The second-leg takes place with the La Liga giants holding a slight advantage after winning 1-0 two weeks ago. 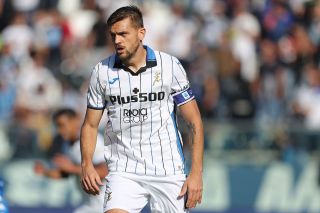 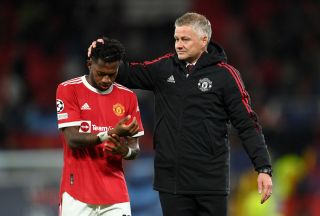