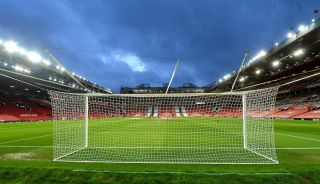 Manchester United have learned the date and kick-off times for their first two Premier League fixtures in April, which is just around the corner.

Every Premier League game will be televised between now and the end of the season due to fans currently being unable to attend amid the coronavirus pandemic.

After this week’s two cup fixtures we head into an international break. The joys along with how I would be reluctant to allow players to leave their current squad bubbles, especially with cases still high throughout Europe and beyond.

Our first game back will be against Brighton and according to the Manchester Evening News, the game which was initially scheduled for Saturday, April 3, has been moved to Sunday, April 4. It will kick-off at 7:30pm via BT Sport.

The following Sunday, April 11, sees United travel to Tottenham looking for revenge after the 6-1 battering at Old Trafford. It will be part of Sky Sports’ Super Sunday coverage, with our game kicking off at 4:30pm.

A lot hangs on United’s game in the Europa League on Thursday night.

Should we win the tie against AC Milan, Ole Gunnar Solskjaer’s men will have a game in the week between the two games (Thursday, April 8) we addressed above.