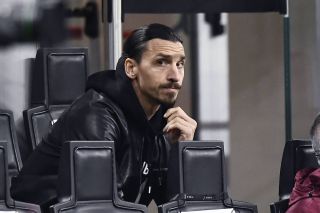 Milan scored a late equalizer in the first leg at Old Trafford and had a number of injuries, like United on the night.

However, according to Di Marzio, Stefano Pioli and his squad have begun preparation in advance of the return leg. He’s got good news ahead of the match, with midfielder Ismael Bennacer returning to the group so he should be available to face the Red Devils.

Zlatan Ibrahimovic also returned to training, while Alessio Romagnoli and Davide Calabria trained separate from the other Milan players.

There’s no update on Mario Mandzukic so he stays on the doubtful list.

Manchester United have had an injury crisis of their own but it’s set to lift this week with Solskjaer confirming a number of key players could return.

The Reds secured a 1-0 win over West Ham to retake second place in the Premier League and bridge a gap from those chasing a top four finish this season – nine points from West Ham in fifth.

Marcus Rashford returned from injury against the Hammers – and Solskjaer said the likes of Edinson Cavani, Anthony Martial, Paul Pogba, Donny van de Beek and David de Gea could all be available in Milan.

“Injury-wise I hope that we have four or five players back for that game,” the manager said, as per the Evening Standard. “Very likely that Edinson and Anthony are fit. Donny hopefully as well.

“Paul even might make the trip and David is back from isolation, so that’s more numbers.

“You could see today we even had two goalkeepers on the bench (Lee Grant and Nathan Bishop), so we need them back of course.”

Our latest podcast previews the second leg against Milan. Subscribe to the Strettycast on your favourite podcast platform.