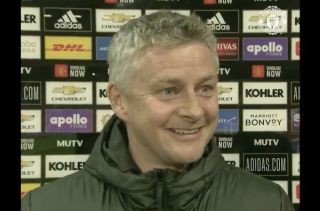 Manchester United manager Ole Gunnar Solskjaer has taken the time before his side’s clash against West Ham on Sunday to reiterate just how important Marcus Rashford is.

Rashford, 23, has been struggling with a chronic shoulder injury and is rumoured to have surgery planned at the end of the season.

Worryingly though, despite the attacker seemingly playing his way through pain, the Englishman continues to play a major role in Solskjaer’s first-team plans.

After being named in his manager’s starting 11 for their Premier League clash against West Ham, Rashford’s appearance on Sunday will mark his 43rd of the campaign.

Speaking ahead of Sunday’s match, Solskjaer took the time to elaborate on why he has selected the talented 23-year-old.