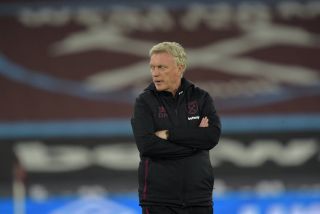 Manchester United will be looking at returning to winning ways when they face West Ham United at Old Trafford in the Premier League on Sunday night.

The Reds go into the game on the back of a disappointing 1-1 draw with AC Milan in the Europa League midweek whilst the Hammers ran out 2-0 winners over Leeds United in the Premier League last Monday.

Paul Pogba, Donny Van De Beek and Juan Mata all still remain out injured for United whilst Dean Henderson will continue in between the sticks in the absence of David de Gea.

It’s been an up and down week for the Manchester United faithful. A marvellous 2-0 win in the Manchester Derby was followed up by a bitterly disappointing 1-1 draw with AC Milan at Old Trafford and with the Reds top four place still not yet secure its vital that United can get to winning ways starting with West Ham on Sunday night.

The Hammers have enjoyed an impressive season thus far and currently find themselves sitting only six points behind the Reds with a game in hand which makes Sunday’s game ever more important. The race for the top four is expected to go down to the wire this season and United can ill afford to miss out on a Champions League spot.

The Hammers biggest threat is arguably former United old boy Jesse Lingard who has enjoyed a fabulous start to life in a West Ham shirt but fortunately thanks to the terms of his loan deal Lingard will be eligible to face United which makes the task of defeating the Hammers a tad more easier for Solskjaer.

This is a game in which an early goal could make all the difference. It would force West Ham to play leaving gaps at the back for Martial, Fernandes and co to take full advantage of and if United can grab an early goal then it would go a long way to beating West Ham and taking all three points.

Having already dropped silly points at Old Trafford this season we don’t want Sundays game to become another. West Ham are no mugs but they do not hold the same threat without Lingard and United will have to make that count on Sunday. It wont be easy but I still expect Manchester United to beat West Ham albeit it will be close.