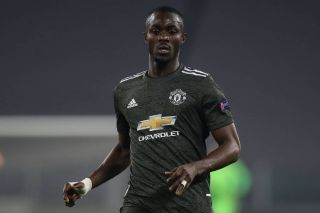 According to reports Manchester United are prepared to offer Eric Bailly a new three-year contract at Old Trafford, with the central defender having only 16 months remaining on his current deal.

Claims of a three-years extension, with an option of a further year come from The Sun.

Bailly joined United for £30 million from Spanish side Villarreal in the summer of 2016 (via BBC Sport) with new manager Jose Mourinho identifying the young defender’s huge potential.

The Ivorian impressed in La Liga throughout the 2015/16 season for El Submarino Amarillo with his intelligent reading of the game, recovery pace and ability on the ball. Bailly was an astute signing for the Red Devils, with all the potential to develop into an elite centre half.

He enjoyed a successful first season at the club making 38 appearances in all competitions and forming a solid partnership alongside Chris Smalling. Jose Mourinho’s side conceded only 29 goals in the Premier League, whilst the Red Devils won the EFL Cup and Europa League.

Despite an impressive first season at the club Bailly’s United career has been disrupted by injuries and inconsistencies ever since. The Ivory Coast star has missed large periods of the last few seasons through injury, only starting 37 Premier League matches in the last four campaigns.

United manager Ole Gunnar Solskjaer preferred first choice central defensive partnership is club captain Harry Maguire and Victor Lindelof which has limited Bailly’s overall minutes this season.  However, Bailly has returned to fitness just before Christmas and has been gradually working his way back into Solskjaer’s plans with standout performances in the Europa League & FA Cup.

The 26 year-old has impressed alongside Harry Maguire when called upon but has been restricted to only 15 appearances so far this season. He made his 100th appearance for the club against AC Milan at Old Trafford in the Europa League last night in the 1-1 draw. Bailly will have to continue to stay fit to impress in order to repay the club’s faith in him and show that he warrants a new contract extension to stay at the club. The Ivorian has all the potential to be best defender at the club, this is his last opportunity to showcase what he is capable of.