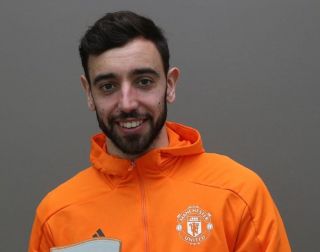 Bruno Fernandes has won the Football Supporters Association (FSA) Player of the Year for his heroics since joining Manchester United.

The FSA is a fan-based organisation from England and Walves, with more than 500,000 members made up of individual fans and supporters’ organisations.

Fernandes had involvement in 32 goals for United – the most managed by any player in the Premier League – in 2020 so there’s no denying that he deserves the award.

This season he has been involved in 26 Premier League goals, scoring 16 and assisting a further 10 goals, which also makes Fernandes a front runner for the PFA Player of the Year award as well.

Fernandes was pictured with his award on Friday ahead of Manchester United v West Ham on Sunday.

And the winner of the Men's Player of the Year at the #FSAawards in association with @BeGambleAware is…@B_Fernandes8 pic.twitter.com/naAltaoeN3

Check out the Strettycast on Spotify, Apple Podcasts or aCast — or watch our latest episode below via YouTube.