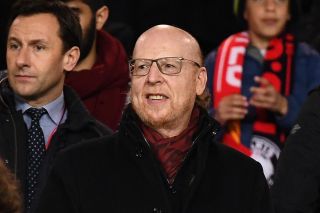 It seems like I woke up hungover after Harry Maguire and Daniel James’ missed chances against AC Milan on Thursday night, made worse by conceding a stoppage time equalizer.

However, that’s probably not the worst news you will read on Manchester United this week.

An array of reports, including this one from the Telegraph, note that Avram Glazer is selling five million shares in the club which will net around £100m, which is a mere valuation amounting to approximately £70m based on the latest stock figures.

But United won’t see a penny of that.

At a time when Ole Gunnar Solskjaer could do with significant funds to take his side forward towards a title challenge, the Glazers once again are too busy lining their pockets.

Nothing surprises us with the Glazer family.

This week they were delighted by the media leaks following John Murtough and Darren Fletcher’s announcement. It may have shown that the club is willing to sit down and sort out and football side of things.

Manchester United. Are we more than a commercial cash cow?