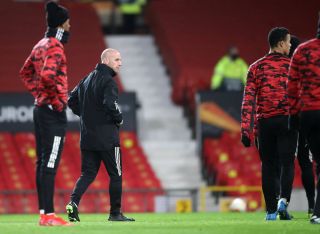 It’s a meeting between two of Europe’s highest-profile clubs.

On Thursday, Manchester United and AC Milan lock horns in the Europa League.

The Reds made it to the Europa League semi-finals last year and they go into the game on the back of a 2-0 win over Manchester City at the weekend.

Ole Gunnar Solskjaer’s side eliminated Real Sociedad in the last round. In the last 16 we take on a Milan side that sit second in Serie A at the moment.

They will be without Zlatan Ibrahimovic but are unbeaten in their last three league games.

You can watch BT Sport through their own app or via NOW TV.

Sky customers also have the option to subscribe to BT Sports.