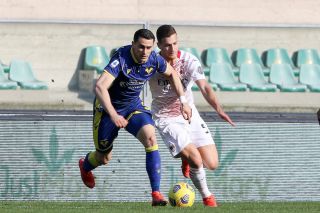 Diogo Dalot could find himself playing in Italy next season even if AC Milan do not manage to keep the Manchester United player, according to a report.

The Portuguese full-back joined AC Milan on a season-long loan from United.

It remains to be seen if the Milan management are convinced by what they’ve seen Dalot produce on the pitch this season. There is no option to buy included in the deal so they would have to sit down with the Red Devils before coming to an agreement.

According to Tuttosport (via Calciomercato.com), a stay in Italy could be on the cards for Dalot as Napoli seek a new defensive winger and have set their sights on the United player.

I don’t think Dalot has a future at United because Ole Gunnar Solskjaer was not in favour of playing him last season. Yes, it’s possible that he will come back from Milan a better player, but Aaron Wan-Bissaka is that much better that I don’t see him being fazed by competition from Dalot.

United need someone else. A young player of similar age but with even more ability.