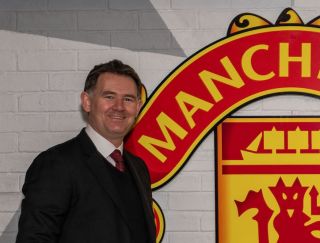 The news we’ve been waiting years for has finally come. Manchester United have a director in place, John Murtough, who will work on a day-to-day basis with Ole Gunnar Solskjaer and Darren Fletchers, on matters such as strategies and transfers.

Although both of today’s appointments were made from within the club, I do hope that this will see United become more pro-active in the transfer market. By that I mean knowing exactly what they want before the transfer window opens, as well as already having one foot in the door from a negotiation point of view.

Failing to prepare is preparing to fail.

Over time we will learn how much input John Murtough has over the running over the team. Whether he will work on behalf of the club on transfers like directors do elsewhere.

I suspect Matt Judge will still have a heavy hand to play in that and the time is coming for Ed Woodward to replace the shirt sponsor with the Chevrolet deal set to expire.

Anyhow, I had a quick look on Twitter to gather some sort of reaction to the news. Let us know in the comment section if you like the fact United have appointed from within the club, rather than reaching out and hiring an experienced director.

WHY CAN'T YOU JUST HIRE EXPERIENCED PEOPLE IN THOSE POSITIONS?

Many different views regarding these appointments. Firstly, I do question their experience and expertise in these roles. However, instead of just berating, I'll give it time. If it fails, I will hugely criticise, at the moment I'm giving them the benefit of doubt.#MUFC pic.twitter.com/nAb2Ypz3uo

Fletcher ??? What experience does he have for that role

Obviously it’s difficult to tell what the scope and power of these roles will be, but it’s hopeful news..

So nothing has really changed then. Woodward will be the man with the power who Murtough will have to beg to sign off a transfer and Matt Judge is still negotiating deals which his absolutley garbage at.

TECHNICAL DIRECTOR??????? IS THIS THE SAME AS DOFFFFF?????? LET’S GOOOOOOOOOOO pic.twitter.com/kBzX5DCGC0