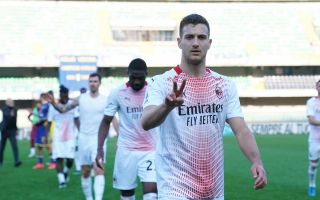 Manchester United will be looking to put one foot in the Europa League quarter finals when they take on AC Milan at Old Trafford in the first leg of the last 16 tie, on Thursday night.

The Reds go into the game on the back of a terrific 2-0 victory over Manchester City at the Etihad in the derby last weekend whilst the visitors ran out winners against Verona.

Victory in the derby on Sunday couldn’t really have come at a better time for Manchester United. The reds season had been in danger of fizzling out but by beating Manchester City it could hand United the much needed boost they need going into the latter stages of the season and in facing AC Milan it presents Solskjaer an opportunity to keep the winning momentum from Sunday going.

However, it wont be easy.

AC Milan have enjoyed a great season thus far and currently find themselves sitting second in the Serie A table and in order for United to defeat Milan the reds will have to be at their very best.

These are the type of games in which keeping a clean sheet can prove crucial and if United can stop Milan from grabbing that all important away goal then it could go a long way to deciding the outcome of the tie.

The Europa League may not have been top of everyone’s wish list this season but it presents Solskjaer the chance of winning some silverware and would also crucially guarantee a place in next seasons UEFA Champions League and with the race for a top four spot being so close its essential United take this competition seriously.

United probably couldn’t have been handed a tougher tie than this but despite that I still expect us to go through. It wont be easy but If the reds beat Milan on Thursday night and take an aggregate lead over to the San Siro, then it would put us in a fantastic position to qualify to the next round.