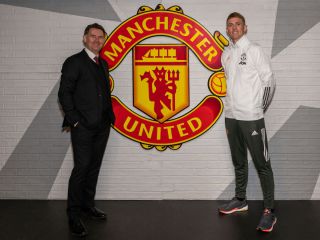 Manchester United have announced they have made internal promotions for the two new roles which have been created at the club – announced this afternoon.

We reacted to the news live on United Daily as United confirmed the appointment of a football director and technical director that will change how the club operates in the transfer window.

Over the coming days and months, I suspect we will have a better idea of how it will work, but for now we are going to take a look at the role changes who will be taking responsibility for what.

John Murtough, who has been working 23-years in football, is currently head of football development, and will now become the new football director while Darren Fletcher, who joined Ole Gunnar Solskjaer’s coaching staff earlier this season, becomes technical director.

Seven years after being brought to the club by David Moyes, Murtough told ManUtd.com: “This is such an exciting time for everyone at Manchester United with the first team, academy and women’s team all performing strongly, and plenty of development still to come.

“It’s a privilege to be part of that process, and an hour to lead Manchester United’s football department, working alongside Ole, Casey and so many other truly outstanding staff all dedicated to delivering success to this club.”

Fletcher added: “It is great to be back with the club and I am delighted to be taking on this new role. We are moving in the right direction and I am looking forward to continuing to work with Ole and his coaching team, and now with John as the football director, to help bring young players through and further develop the football side of the club.

“It’s fantastic to see that all the staff here are driving Manchester United forward towards a new era of success.”

Matt Judge has been given a new title as director of football negotiations – and his role within the club remains the same. It is expected that Murtough and Fletcher will be more active at the training ground – working with Solskjaer on a daily basis on recruitment and other strategies.