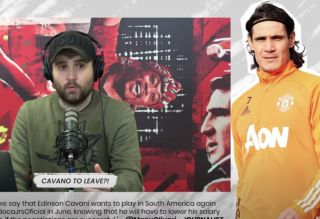 Edinson Cavani is being linked with a move to Boca Juniors.

Alex was reacting to news that Cavani wants to return to South America, with a move to Boca Juniors on the cards although he will have to lower his salary considerably.

Edinson Cavani wants to return to South America this summer, with his first choice being Boca Juniors. He will have to lower his salary considerably #mulive [@ManuOlivari]

We also covered a report on this very story yesterday.

I can see Cavani staying at United this summer with next season potentially being his final campaign as a player in Europe.