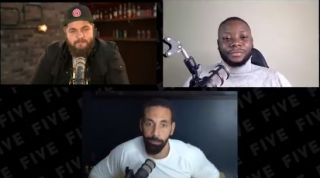 Rio Ferdinand has heaped praise on Luke Shaw for responding so well after a difficult period earlier in his Old Trafford career.

Ferdinand acknowledges that Shaw looked a broken man under former Manchester United manager Jose Mourinho, but under Ole Gunnar Solskjaer he has become one of the best players in the team.

I would go as far to say Shaw is the best left-back in England right now and I would be shocked if he wasn’t on the plane with Gareth Southgate’s squad for the Euros this summer.

He scored a beautiful goal against City at the weekend after beginning the attack after the throw from Dean Henderson.

Watch a snippet of Rio Ferdinand’s latest podcast with Stephen Howson below: