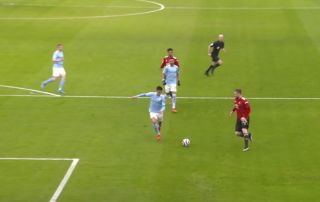 You can’t get any closer than a pitchside camera at the moment.

The Manchester United YouTube channel takes you on an alternative route around Sunday’s win.

There’s goals from Bruno Fernandes at the beginning as well as the glorious effort that Luke Shaw sent past Ederson in the second half.

Ultimately, it was a deserved win for Ole Gunnar Solskjaer and it should keep the critics quiet about our record against the big six.

Those critics we talk about never seem as bothered about how many of those big six are not in the top six.

Anyhow, put your feet up and enjoy some highlights from our recent 2-0 win over City.