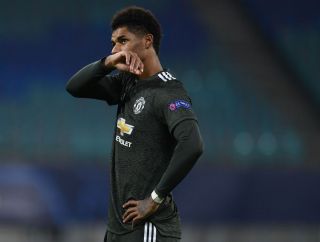 The English Football Association (FA) has called on social media companies to introduce identification for accounts on their platform after an increase in online abuse aimed at footballers.

It is something we have covered at lot at Stretty News (unfortunately) this season, with Marcus Rashford and other black players at United receiving horrid racist abuse online.

Crystal Palace defender Patrick van Aanholt was the latest player to receive racist abuse after he missed a chance late on in the 0-0 draw against the Red Devils.

Anthony Martial and Axel Tuanzebe (twice) have been sent messages on Instagram this year and it doesn’t seem to be stopping.

“I think any such attack on any official is completely wrong and we stand against any such abuse,” FA chief executive Mark Bullingham told Sky Sports. “We’ve been very clear that the social media platforms, in this type of abuse and in racial abuse, should be doing more.

“They should take responsibility that they are the publishers of their content and they, actually, are the only ones that have the technology to act, to prevent it even being published, and to enable the authorities to take swift action when it is.

“They should be doing more and we’re continuing to put pressure on them to do that.”