Aged just 17, Shoretire, after being subbed-on in the game’s closing stages, became the Red Devils’ 7th youngster ever player.

After forcing his way through the club’s illustrious youth sides, Shoretire now looks to have said farewell to his academy days as he embarks on a mission to become a fully fledged first-team regular.

Another player who recently made their debut is new-signing Amad Diallo.

A 10-minute cameo against Real Sociedad earlier in the week marked the Ivorian wonderkid’s first appearance for his new-club.

Reacting to the news his young team-mate had matched his own recent achievement, Diallo has been one of the first to send Shoretire his congratulations. 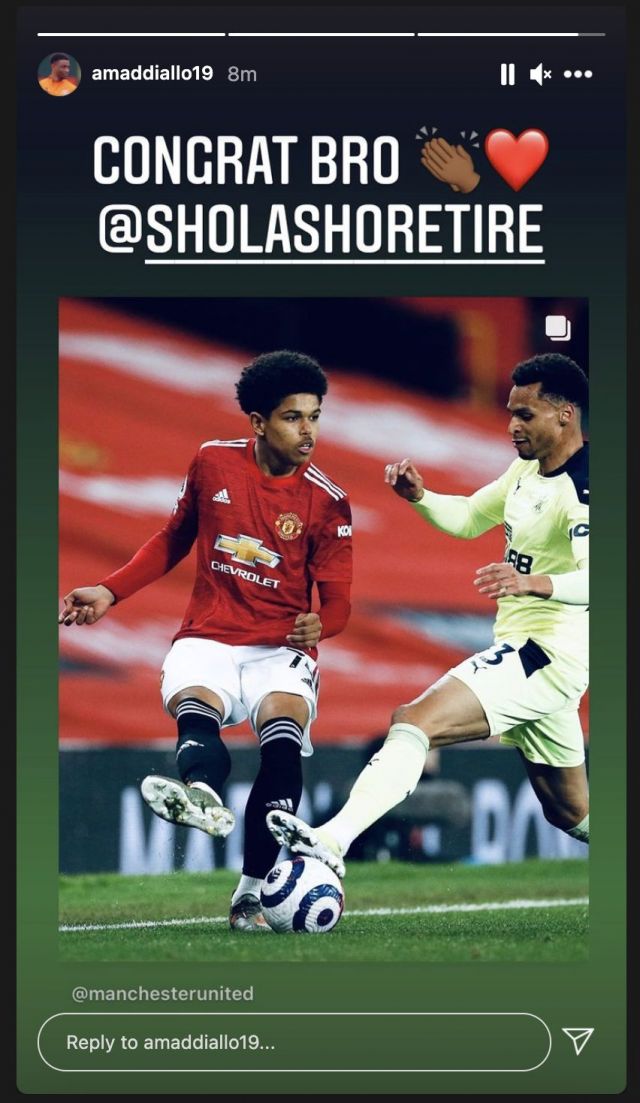