Shoretire, 17, became the seventh youngest player in United’s history as he came on for Marcus Rashford in the penultimate minute at Old Trafford.

Ole Gunnar Solskjaer’s side were cruising at 3-1 in the final stages and Shoretire made a couple of touches in his short cameo.

Goals from Marcus Rashford, Daniel James and Bruno Fernandes ensured United returned to second place in the Premier League despite a far from complete performance. 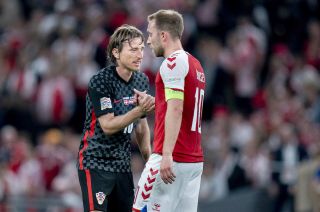 Solskjaer is expected to rotate his starting lineup in the Europa League second-leg fixture against Real Sociedad on Thursday after the Reds dismantled their La Liga opponents 4-0 in the first-leg.

But the United boss has confirmed that Shoretire and fellow teenage winger Amad are unlikely to start the game.

Asked if the pair will start, Solskjaer said, as quoted by PA’s Simon Peach: “Probably not Shola & Amad, no. I’m not sure if that would be fair on them.

“They’ll be in the squad. Donny (Van de Beek), Edinson (Cavani), Scott (McTominay), I don’t know. Maybe they’ll be available, I’m not sure. I hope (they will be)”

Despite the revelation that Shoretire won’t start, it is likely he could be afforded the chance to make an impact in the game with five substitutes allowed in the European competition.

Plenty of fans have sent their congratulations to Shoretire for an achievement that he will never forget.

See some reactions from United supporters on social media below:

Can’t wait to see you link up with Amad soon 🙏 proud of you https://t.co/XNzbJQ2Ewt

Congrats to Shola Shoretire for the debut tonight. #MUFC #MUNNEW

Also great to see @ManUtd do what we do and put our faith and opportunities in to the kids.

Congrats on your debut, been killing it in the U23's and looking forward to seeing how he develops. Got to get used to his name pronunciation now 😂#Shoretire #MUFC #MUNNEW

Congratulations to Shola Shoretire for making his #MUFC debut! 🔴 pic.twitter.com/cCt1ycBgd3 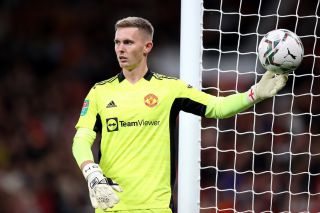