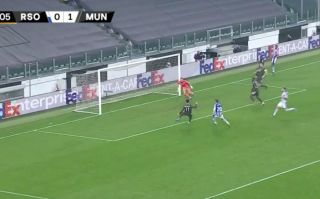 We love to see our players working hard.

Mason Greenwood is a young player on the fringes of the starting line-up and tonight he’s been given an opportunity to start against Real Sociedad in the Europa League.

He’s playing up top along with Daniel James and Marcus Rashford, with the latter missing two golden opportunities in the first half, one which we covered here.

Thankfully Bruno Fernandes was on target minutes later to give United the lead.

Greenwood is seen in the video below making a crucial clearance for United because a Real Sociedad player would’ve been in on goal to equalise.