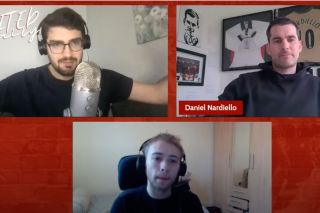 The latest episode of the United Daily podcast features former Manchester United striker Daniel Nardiello – via All for United.

Nardiello represents players who have turned out at every level from – international football, where he won a cap for Wales, to the Champions League, for United, and every division outside the top flight, where he achieved promotions with Barnsley (2006), Blackpool (2010) and Rotherham (2013).

Ben hosts the debate about United’s front three where the three of us (myself included) select our United front three 2 or more years down the line.

During the discussion, Nardiello voices his opinion on Marcus Rashford and claims the United forward is criminally underrated, as seen in the tweet below:

This is just a snippet. Hear more on Rashford 👉 https://t.co/b0dH8YsgG0 #mufc pic.twitter.com/rAKmelEIl8

Watch the full conversation below: