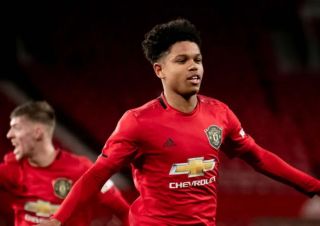 UEFA have confirmed that this season’s Youth League has been cancelled due to the coronavirus pandemic.

United were scheduled to play the current holders of the competition Real Madrid in a single-legged knockout tie, but UEFA have changed their mind due to the travel restrictions in place across the continent.

United qualified for the Youth League as a result of the senior side’s qualification for the Champions League last season – and it’s a shame to see the tournament postponed when they managed to go further than the first team.

There will be a lot of disappointed boys as a result of this and from the club’s perspective they will see it as a missed opportunity to play some of Europe’s other top youth teams. Ultimately, though, it’s about keeping the players safe.

It would have been intriguing for our young players to go up against the best of players their age. Hannibal Mejbri has big ambitions and is one of the most talented players in United’s talent pool, not to forget Shola Shoretire who has been in terrific goalscoring form.

Fingers crossed they get another opportunity to compete next season.