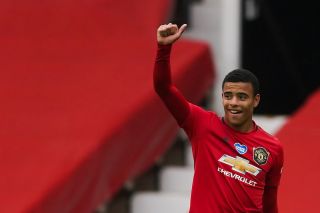 The pair faced-off during a tense FA Cup Fifth Round match and despite the match going to extra-time, one of the highlights came from Greenwood who unleashed a ‘Berbatov-esque’ move.

During Greenwood’s spark of brilliance, Noble was left red faced which was perhaps none less than he deserved following his NFL style tackle on Donny van de Beek.