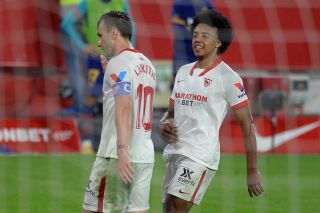 Manchester United have reportedly drawn up a four-man defensive shortlist as Ole Gunnar Solskjaer plans a way to improve the team defensively.

The manager may have wanted a centre-back last summer, but the club didn’t get one in, and this year it’s area a lot of fans want to see improved with a top signing.

Aaron Wan-Bissaka is a very good right-back but could also benefit from having healthy competition in his role, like we’ve seen with Luke Shaw since Alex Telles arrived from FC Porto before the beginning of the season.

However, one of the biggest problems facing our defence is dealing with pace and it doesn’t stem from either full-back. Harry Maguire and Victor Lindelof have never looked like a centre-back pairing that could deliver titles for United, and Eric Bailly is notoriously unreliable due to his ongoing fitness problems.

Varane is the biggest name of the lot, but if you had the choice which defender would you sign this summer to partner Maguire?