Manchester United are set to travel to the Midlands this weekend where they will face-off against Sam Allardyce’s West Brom in the Premier League.

United come into Sunday’s domestic match in decent form after being unbeaten in their four previous matches, in all competitions.

Currently sitting in second place in the league’s table, five-points off leaders and rivals Manchester City, Ole Gunnar Solskjaer will be desperate for his side to do all they can to close the gap.

Speaking recently, Baggies’ defender Kyle Bartley thinks an upset could be on the cards, but the Red Devils will still fancy their chances of claiming all three-points.

Ahead of the important tie, we have predicated how we expect Solskjaer to line his side up. 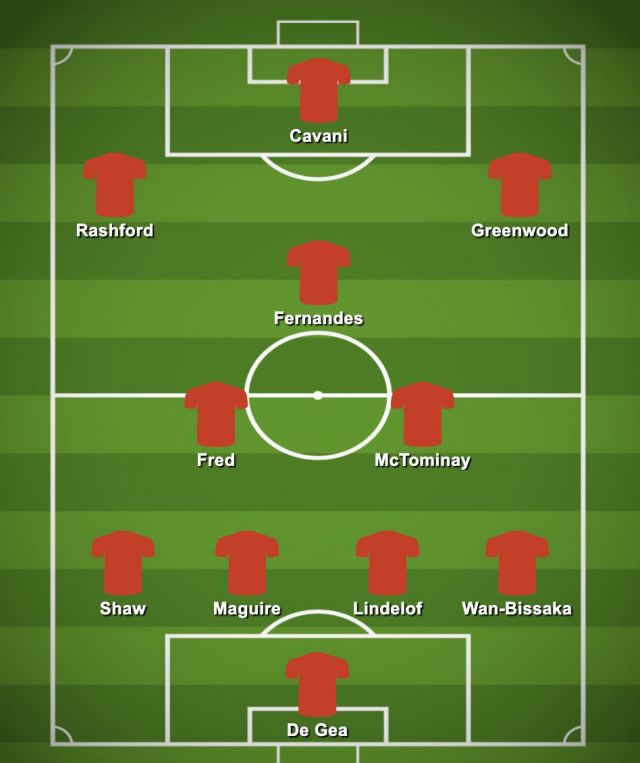 Number-one De Gea is likely to reclaim his place in between the sticks following being dropped against West Ham in the FA Cup earlier this week.

A familiar back-four should be named which includes in-form full-backs Shaw and Wan-Bissaka, with Alex Telles dropped back to the bench.

Elsewhere, the hugely impressive McTominay is likely to be making his second start of the week following his winning FA Cup goal against the Hammers.

Lastly, up top, I expect to see Cavani nudge Anthony Martial back to the bench with Rashford and Greenwood positioned either side of the South American.

Worth noting – I think Sunday’s game could finally be the one we get to see new-signing Amad Diallo awarded with his senior competitive debut.

4 responses to “Man United predicted line-up vs West Brom: No van de Beek but Diallo to debut from the bench”