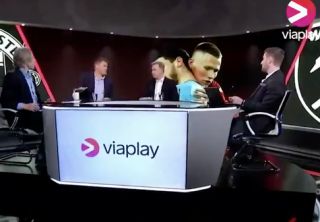 My grasp of the Norwegian language isn’t great — but we can trust the translation in the video below as Ole Gunnar Solskjaer gets deserved praise for the job he is doing as Manchester United manager.

Friends of our podcast — Strettycast — will be aware of how I’ve always been behind Solskjaer. I still question things from time to time, like any fan, but for the most part I like what he’s doing as United manager.

The Red Devils are second in the Premier League and look like one of two teams that could put pressure on leaders Man City.

Upon stumbling across a video of a sports show in Norway featuring former Liverpool full-back John Arne Riise, one of our favourite Bundesliga experts Jan Aage Fjortoft (who also played in the Premier League) raises some excellent points about Solskjaer and provides a really strong argument in his favour.

🗣 – Solskjær has managed to stabilise Manchester United. […] The club is in rehab.

Fjortoft rightly refers to the ‘PE Teacher’ label that was harshly given to Solskjaer.

Let’s hope he continues to make critics eat their words this season.

We could do with another winning run!