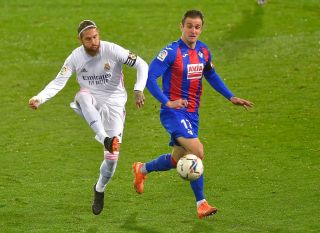 It seems Manchester United have yet to decide on who they want in at centre-back this summer.

Ole Gunnar Solskjaer usually selects captain Harry Maguire alongside Victor Lindelof, but it is not the best match and it’s hard to see us winning a Premier League title with the two of them in a back four.

Eric Bailly showed promise at the turn of the new year, although the Ivory Coast international picks up too many niggles and because of that is nowhere near reliable enough for a side looking to challenge for the biggest honours. It’s a shame because he’s a very good defender and has what Maguire needs alongside side him with lots of pace.

United fans will want to see Ed Woodward and the board back Solskjaer in the transfer market. The team isn’t a million miles off Man City at the top of the Premier League but everyone can see that we need to strengthen in a number of positions.

Reliable journalist Fabrizio Romano claims that United will decide on who they want to come in at centre-back in the coming months. He adds that the club was never in advanced talks to sign RB Leipzig’s Dayot Upamecano and Sergio Ramos at Real Madrid is not currently a target.

Manchester United have never been in advanced talks to sign Upamecano – always been appreciated but ‘unlikely’. He’s the main target for Bayern Münich prepared to pay the release clause, Chelsea and Liverpool are still in the race. Also PSG interest now cooled down 🔴 #mufc

Also, Manchester United have not contacted Sergio Ramos agent as of today – they’ll decide for the real target as centre-back in the coming months.#PSG are interested [only if Sergio will leave the club as free agent, no decision yet – situation still open with Real]. 🇪🇸 #mufc

The French centre-back is Bayern Munich bound but Romano suggests Liverpool and Chelsea are still in the race to sign him, like we covered here.

Time will tell who Solskjaer has in mind to play at centre-back next season.