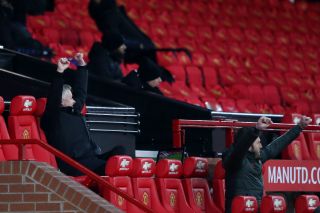 Manchester United will wait until the end of the season before opening contract talks with manager Ole Gunnar Solskjaer.

As things stand, the Red Devils are second in the Premier League, five points adrift of leaders Man City.

But fans want to keep fighting for the title and qualify for the Champions League – and it sounds like club chiefs are holding out for that before they offer Solskjaer a new deal.

Solskjaer has 16 months left on his contract and a strong end to the season should see him get a 2+ year extension.

The Sun claims United are willing to give Solskjaer an increase in wages, taking his annual salary to around £6m before bonuses.

Giving him the contract now would make no sense because he is very much in process of proving himself. On top of that, he’s still under contract so there is no need to worry. We don’t need to worry about another club coming in and tempting Solskjaer to jump ship.

Hopefully we finish the season strongly and Solskjaer is backed in the summer transfer market.