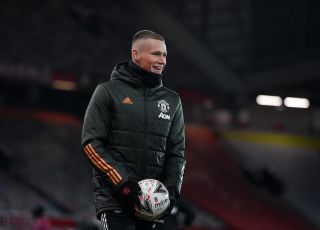 Ole Gunnar Solskjaer believes Scott McTominay’s Manchester United teammates can learn from his ruthless finishing technique after his extra-time winner was the difference against West Ham in the FA Cup fifth round.

McTominay’s seventh goal of the campaign came seven minutes into the extra period and ensured United progress to their seventh quarter-final under manager Solskjaer.

The midfielder was brought on for Nemanja Matic with 17 minutes of normal time remaining and settled the game with a clever finish after a lovely flick from Marcus Rashford on the edge of the box.

McTominay finished past Lukasz Fabianksi with some authority and Solskjaer believes his team mates can take note from the Scottish international after some profligate finishing.

“Some of the finishing, it was a bit side-footy, burst the ball into the net,” Solskjaer said, as quoted by BBC Sport‘s Shamoon Hafez.

We need to learn off him (Scott McTominay). We need to be more clinical and finish the game off earlier.”

Anthony Martial and Marcus Rashford were both timid when afforded opportunities on goal in their 250th appearance for United.

Chances were few and far between against a resilient but unambitious West Ham side but United did enough to edge through and will learn their quarter-final opponents on Thursday evening.