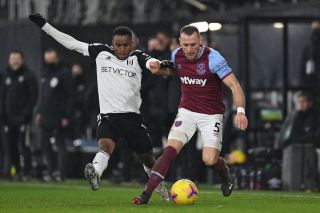 The meeting sees two sides in the Premier League’s top six go head-to-head in a bid to book a spot in the last eight of the competition.

Manchester United beat Watford and Liverpool to make it to this stage, while David Moyes’ West Ham side knocked out Stockport County and Doncaster Rovers.

The Hammers may have had an easier route to the fifth-round, but they’ve been in decent form of late bar the day they lost 3-1 against a struggling Liverpool side.

The Reds go into this one on the back of Saturday’s disappointing draw against Everton, when a late equaliser from Dominic Calvert-Lewin denied Solskjaer’s men of three valuable points. But putting that aside, this United side has won six of their last nine home matches in all competitions.

Tonight’s FA Cup clash kicks off at 19:30 GMT so keep that in mind if you’re planning to stay occupied between now and then. There are websites like OnlineCasinos.co.uk that will help you pass away a bit of time with fun. In many ways, an essential need during the lockdown.

BBC One will be showing the game for viewers in the UK and you will be able to listen to the game live on talkSPORT. You can also follow the action via Stretty News, where you will catch team news, goal highlights and post-match reactions.

I’m going for a 2-0 win for Manchester United on the night and I expect to see Anthony Martial to get his name on the scoresheet. The Frenchman needs to get more goals under his belt and I think he will have fire in his belly after netting a brace off the bench in that 9-0 win over Southampton in the league a week ago.

It won’t be easy for the Red Devils without Paul Pogba. Ole Gunnar Solskjaer confirmed that the French midfielder has been ruled out for a few weeks after sustaining a muscle injury in the weekend draw against Everton: “He’s just started his recovery, working with his medical staff and we’ll get him back as soon and as safely as we can.”

The Hammers will be without Jesse Lingard who has impressed since completing his loan move to the London Stadium in January. Moyes will have Tomas Soucek available despite his red card against Fulham on Saturday. Mike Dean’s decision to send him off was ridiculous and rightly overturned.

Other FA Cup 5th round ties