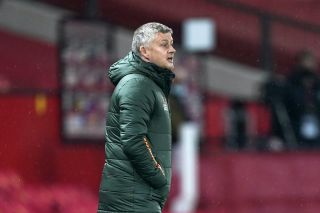 Manchester United made no new signings in January but welcomed Amad Diallo to the club. The Ivorian winger spent the first half of the season with his former club Atalanta while he waited for a work permit.

Selling players is also part of every transfer window and I’m sure Solskjaer will be trying to clear out a few unwanted stars in the dressing room.

When asked about transfers this weekend, Solskjaer said United remain on the lookout for targets but hinted that this summer may see just one or two players arrive at Old Trafford.

“I still think we’re doing the same planning, preparation,” Solskjaer said, as per Manchester Evening News. “But, of course, the pandemic has changed the market and it’s changed the world and it might affect what we can do.

“We just have to see where we’re at in the next few months but we’re looking at players and targets as we normally would do.

“We have done some very good business in the last few windows I feel and it’s not like wholesale changes we need to make. It’s the odd contribution and addition to the squad.”

Manchester United are in Premier League action this evening, with Everton travelling to Old Trafford.

The Red Devils will be full of confidence after putting nine past Southampton during the week.

Solskjaer’s side are currently three points behind City – having played one game more – and tonight is a chance to put pressure on them ahead of their match against Liverpool tomorrow.