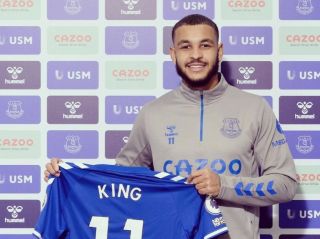 “I’m a bit older and wiser hopefully and a lot more grey up top but I’ve really enjoyed it, didn’t know it was my 100th game,” Solskjaer told reporters, as per Manchester Evening News. “The different from when I started in 2014 with Cardiff to now is a different ball game, players get better and better, fitter and fitter, more tactical. I’ve enjoyed not every one of them, but testing yourself against good coaches and managers.”

The Norwegian faces one of the world’s most respect managers on Saturday, with Carlo Ancelotti now having a positive impact at Everton.

“He’s a manager that you really look up to and respect, he’s a winner everywhere he’s been, he’s influenced PSG, what he started there, what he’s done at AC Milan, Chelsea, Real Madrid, you can see that at Everton as well, started the season fantastically, won last four away games, a team you know you’re in for a battle when you play against,” the boss added about the Italian.

Manchester United go into the game on the back of a 9-0 win over Southampton on Tuesday night and the press were eager to hear how the group reacted to a remarkable win with so many goals scored (and none conceded).

“You’ve gotta take the good with the good and the bad with the bad sometimes,” Solskjaer added.

“What the boys took is we did the right things, we kept good habits, no one will get carried away with the scoreline, we played against 10 men for the full game and that’s demoralising when you lose players like they did.

“When we got 2-0 the game was more or less over and we’ve not mentioned the game, all the focus on Everton.”

Although we scored nine goals on Tuesday night, Solskjaer is right not to allow any of his players to get ahead of themselves because there’s still a lot of work to do this season.

Momentum is back but we must keep it going and ensure we’re ready for every game.

When asked how United would achieve a winning run now that they need one to stay in the title race, Solskjaer said: “Just keep doing the right things, keep doing the right habits. Football is strange, so funny, it will flip on a decision or an incident. The sending off gave us the advantage in going to create that scoreline and sometimes that is football. You could see that in the game for Arsenal as well.”